Enjoy a sweet start to your morning with these warm and delicious Apple Date Donuts! Recipe by: The Healthy Epicurean

To make the donuts:

2. Place the dates in a medium glass bowl and cover it with boiling water. Let the dates soak for 10-15 minutes. Discard the water and chop into a thick paste. Set aside.

3. In another medium mixing bowl, use a hand mixer to beat the eggs at medium speed. Once the eggs are fluffy and light in color, add the brown sugar and beat until fluffy. Add the applesauce, oil and vanilla extract and beat until thoroughly mixed. Beat the chopped date paste into the wet ingredients until combined.

4. In a small mixing bowl, whisk together the flour, baking powder, cinnamon and salt until combined. Beat the dry mixture into the wet mixture until just combined.

5. Use a spatula to fold in the finely diced apples until just combined.

6. Transfer the donut batter into a large Ziploc bag. Use scissors to snip one of the bottom corners of the Ziploc bag to make it into a piping bag. Slowly pipe the batter into the wells of the prepared donut pan, creating a donut shape.

To make the toppings:

To make the cinnamon sugar:

1. In a small bowl, stir together the cinnamon and sugar until combined.

2. Dip each donut in the cinnamon sugar until evenly coated.

To make the date frosting:

1. Place the dates in a small glass bowl. Cover the dates in the boiling water. Let sit 10-15 minutes. Drain the water and carefully transfer the dates to the bowl of a food processor or blender.

2. Place the coconut oil and peanut butter in a small microwaveable bowl. Microwave for 15-20 seconds or until the coconut oil is mostly melted. Transfer the mixture to the food processor or blender with the dates.

3. To the food processor or blender, add the vanilla extract and salt. Puree the mixture while drizzling the milk into the mixture until it’s smooth and creamy, scraping the sides as needed (add additional milk if the mixture is thicker than standard frosting).

*While Medjool dates are high in natural sugars, they are low on the glycemic index thanks to a balanced amount of soluble fiber. The complex carbohydrates found in Medjool dates are digested at a slower rate, making them a source of dietary fiber and releasing energy to the body over a longer period of time. 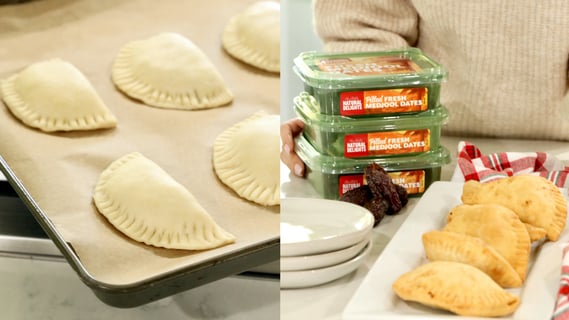 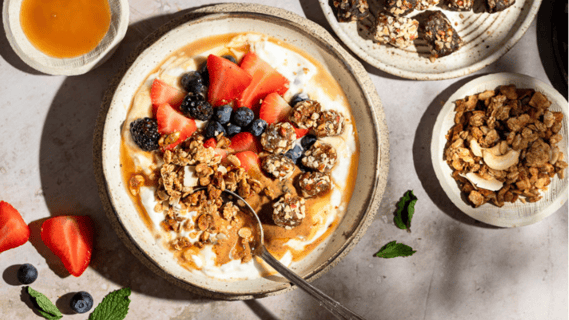