A healthy alternative to sugar-laden ice cream, this dairy-free, Vegan No-Churn Cinnamon Roll Ice Cream is a rich, creamy, sweet delight for all.

In a high-speed blender, combine the almond milk, dates, cashew butter, almond butter, cinnamon, vanilla, and sea salt. Blend on high for 3 to 4 minutes or until completely smooth.

For the Cinnamon Roll Swirl Sauce

In a small saucepan, whisk together the cashew butter or almond butter, maple syrup, cinnamon, vanilla, and sea salt over low heat for 3 minutes, or until smooth and glossy. Let cool slightly.

Loosely cover with plastic wrap and freeze for at least 8 hours, or until the ice cream has set.

Let the ice cream stand at room temperature for about 15 minutes before scooping or serving. Then, dip a scoop in hot water and use it to scoop the ice cream. Serve.

Store the ice cream in the freezer, loosely covered, for up to one week.

*Make your own cashew butter by blending 3 cups raw cashews in a food processor for 6 minutes or until smooth (it should be very thick), stopping to scrape down the sides as needed. If the cashew butter is chunky and clumping as it moves around the food processor, add 1 to 3 tablespoons of filtered water to encourage blending and to yield a smooth, creamy cashew butter. Measure off the amount needed for the recipe and store the extra cashew butter the refrigerator in an airtight jar or container.

**To simplify, you can omit the almond butter and use a full 1 1/4 cups cashew butter (that said, I very much prefer a hint of almond butter in this ice cream); however, do not omit or substitute the cashew butter—it's very important to the texture of the ice cream.

*While Medjool dates are high in natural sugars, they are low on the glycemic index thanks to a balanced amount of soluble fiber. The complex carbohydrates found in Medjool dates are digested at a slower rate, making them a source of dietary fiber and releasing energy to the body over a longer period of time. 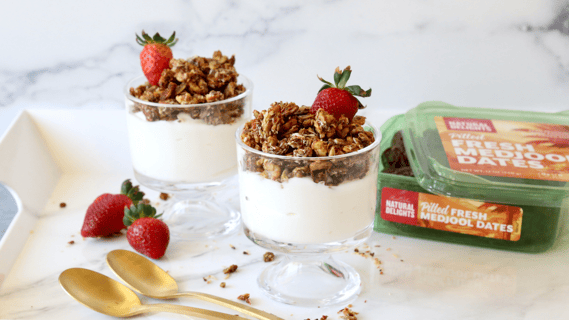 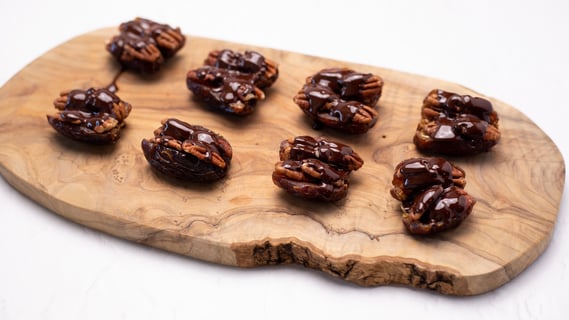